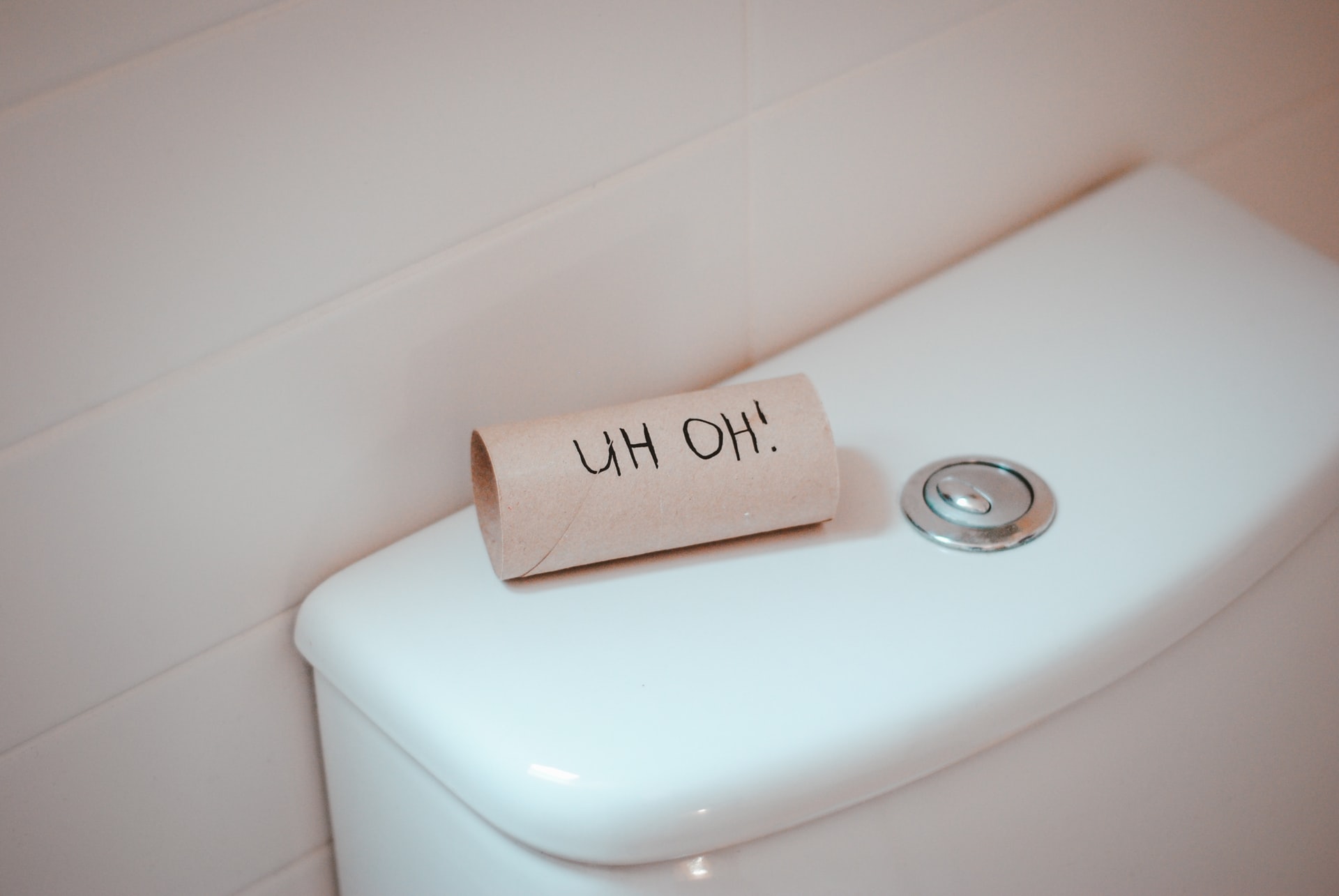 When your toilet blocks, the first thing you should do is take the plunger and unblock it. However, there are times when a plunger won’t solve the problem, especially if the block is particularly tough. So, perhaps it’s time to look for other solutions.

But remember that whatever you do, never flush your blocked toilet more than once. If it didn’t drain the first time, re-flushing would just end up filling the bowl with more water and worsening your problem.

Here are five things you can do to clear the blockage on a stubbornly blocked toilet:

2. Unblock with a New Plunger

Depending on how tough the block is, you can go to the store quickly and purchase a different type of plunger to unblock your bowl. Sometimes, cheap plungers just don’t create the power needed to free those extra-tough blocks.

Instead, you can purchase a ball-shaped plunger like the ones plumbers use. It usually has a flange on the bottom that pulls out of the plunger to create a seal around the drain. You should also run hot water around the plunger before using it. That should let the plunger’s rubber loosen up and form a better seal.

3. Unblock with a Coat Hanger

If your cheaper plunger doesn’t do the job, and you don’t have a different plunger in your home, then you can try unblocking the toilet with a coat hanger. To do that, unwind the hanger to make it very long and thin, then bend one end into a curve, and push the wire up into the toilet drain. Wiggle it gently to prevent any scratches on your toilet bowl. That may help unblock the toilet.

4. Unblock with Vinegar and Baking Soda

Combining vinegar and baking soda should help break up the remaining blockage, which is one of the most effective ways to unblock the toilet. Simply pour a mug of baking soda into the bowl, then two cups of vinegar. Let it sit for 30 minutes or more, and then flush the toilet.

5. Unblock by Dissolving the Blockage

You can try to dissolve the block by using hot water or a drain cleaner, but always remember to wear gloves to protect your hands. That should help clear the blockage. However, if it still does not work, you should contact a professional plumber and tell them your problem. Don’t forget to inform the plumber that you used a drain cleaner. If they are unaware of that, they might suffer from an acidic skin burn from the backsplash of the cleaner as they work on the pipe.

There are several ways to unblock a stubborn toilet, such as the ones mentioned above. However, these are only tips and hacks that could help you. There will be times when any solution doesn’t seem to work, and if that happens, it’s time to contact a professional to take care of the problem.

Sunny Coast Plumbing and Gas is a 24-hour residential and commercial plumbing service in the Sunshine Coast and North Brisbane. Our professional plumbers provide repairs, maintenance, renovations, and new build services of gas fitting and hot water systems at competitive prices. We also offer emergency and after-hours service for all your plumbing needs! Call us at 0449 555 135 for your concerns!

4 Tips and Tricks to Maintain Your Plumbing System in Spring

How to find the right Sunshine Coast plumber